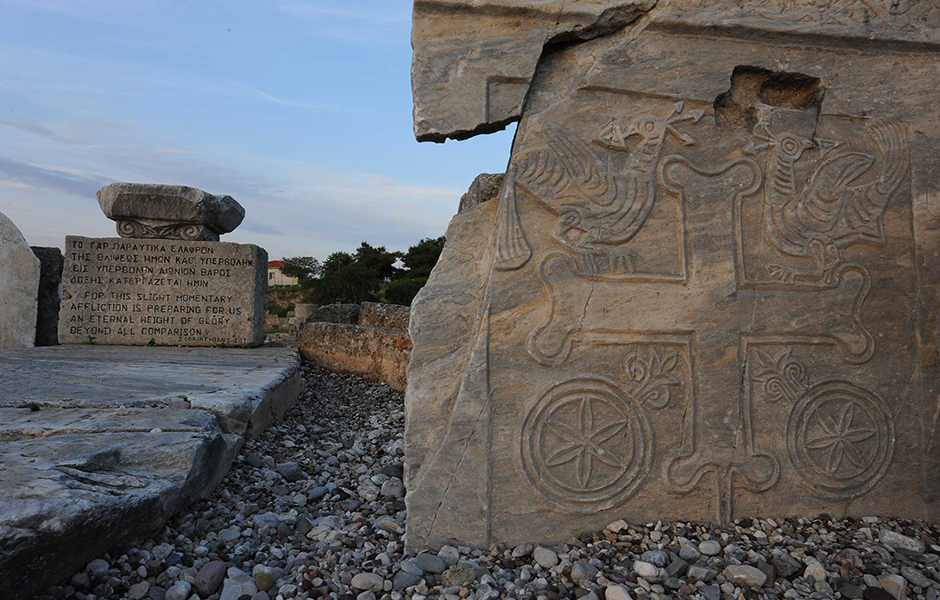 Starting from Athens, we will drive westwards, along with the beautiful scenic coastal until we finally reach the Corinth Canal, which is 6 kilometers long. The Corinth Canal connects the Aegean Sea with the Ionian Sea, and also separates the Peloponnese from the rest of Greece’s mainland. We will make a short stop at the Corinth Canal and then in about 15-20 minutes, we will drive through the beautiful local villages to reach the Ancient Corinth. This is the place where Saint Paul preached and lived for about two years. During the ancient times, the town of Corinth was considered as one of the richest cities in Greece, due to the remains of the Temple of Apollo, during the 6th century BC and the Ancient Agora.

Afterwards, we will drive up to the edge of the Acropolis of Corinth (Acrocorinth), where a spectacular panoramic view of the entire area will amaze you. According to a local Corinthian myth, Briareus, one of the three Hecatonchires, was the arbitrator between Poseidon’s (God of the sea) and Helios’s (God of the sun) dispute, when he decided that the Corinth Canal (Isthmus) belonged to Poseidon and the Acropolis of Corinth (Acrocorinth) to Helios.

We will drive you first to explore Corinth Canal and the picturesque village of Ancient Corinth and then we will visit the archaeological sites and the beautiful museum. Afterwards we will drive you on top of the hill to the citadel of the Acrocorinth with spectacular panoramic view of the entire Corinth area.

Timeless Athens ToursCape Sounion
Scroll to top
We use cookies to ensure that we give you the best experience on our website. If you continue to use this site we will assume that you are happy with it and you are accepting our terms and conditions.OkNo